We do know from memory and brain research that painful or traumatic experiences are stored in a different part of the brain than pleasant or neutral ones. Normally, if we’re troubled by something, we think about it, talk about it, perhaps dream about it and eventually we are able to come to some sort of adaptive resolution (We find a way to come to terms with it in a healthy way, enabling us to put it behind us.)

Something happens that interrupts this process when we experience a trauma or very painful event.  Instead, the traumatic material gets *stuck* in the brain and remains in its original form, with the same thoughts, feelings, bodily sensation, smells and sounds.  It’s as though it is sealed off from the healthy, functioning brain. That’s why it’s not uncommon for a person who’s had years of traditional talk therapy to find that they still hurt and haven’t changed as much as they had hoped – dysfunctional stored material still has not been processed.

During Rapid eye therapy (RET) sessions fears and trapped life force energy in the mind and body are reached and released, and the core belief is processed­.   All the other negative patterns­ that are associated with the core belief can then fall away. As energy and memory is stored in the cells of our body, a physical feeling in the body is generally experienced.  As the session progresses this physical feeling moves up the body and out the crown or out with the breath.

A major element of RET, is the systematic investigation of non-narrative childhood memory including pre-birth memory.   Pre-verbal, non-narrative memory occurs because of the immaturity of the child’s brain, before roughly the age of 8 or so. The sensory-motor processing in the right brain is not well connected to the verbal processing of the left brain. Until this connection is in place, “memories that tell stories” do not occur.  Little focused attention is given to this type of memory in most psychotherapy, yet its influence on perception, cognition, affect, and behaviour can be enormous.

Many clients, instead of faulting what happened to them, can only conclude that they themselves are at fault, relative to their dysfunction, thus adding one injury to another.  Failing to attend to these “memories you cannot remember” leaves this disturbance in place.  RET acts to insure that this does not happen.

Much of the RET work bypasses ordinary cognitive structures and defences, allowing one to access and transform material from deeper areas of the psyche.   For most people, the 5 to 10 session RET healing program accomplishes tremendous change. Single issues can often be resolved in one or two sessions. RET can be used with children over 5 who are troubled with fears, nightmares, learning or other behavioural disorders.

One of the most attractive features of RET is that limiting core belief systems can be resolved and changed without re-experiencing or evening knowing the original causative factors.

Another amazing­ features of RET technology is that effects not only the physical, emotional­ and mental levels but also spiritual levels.  It is aimed to “free the mind”  “clear the body” and “open the heart”. 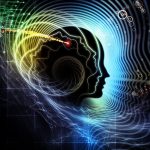